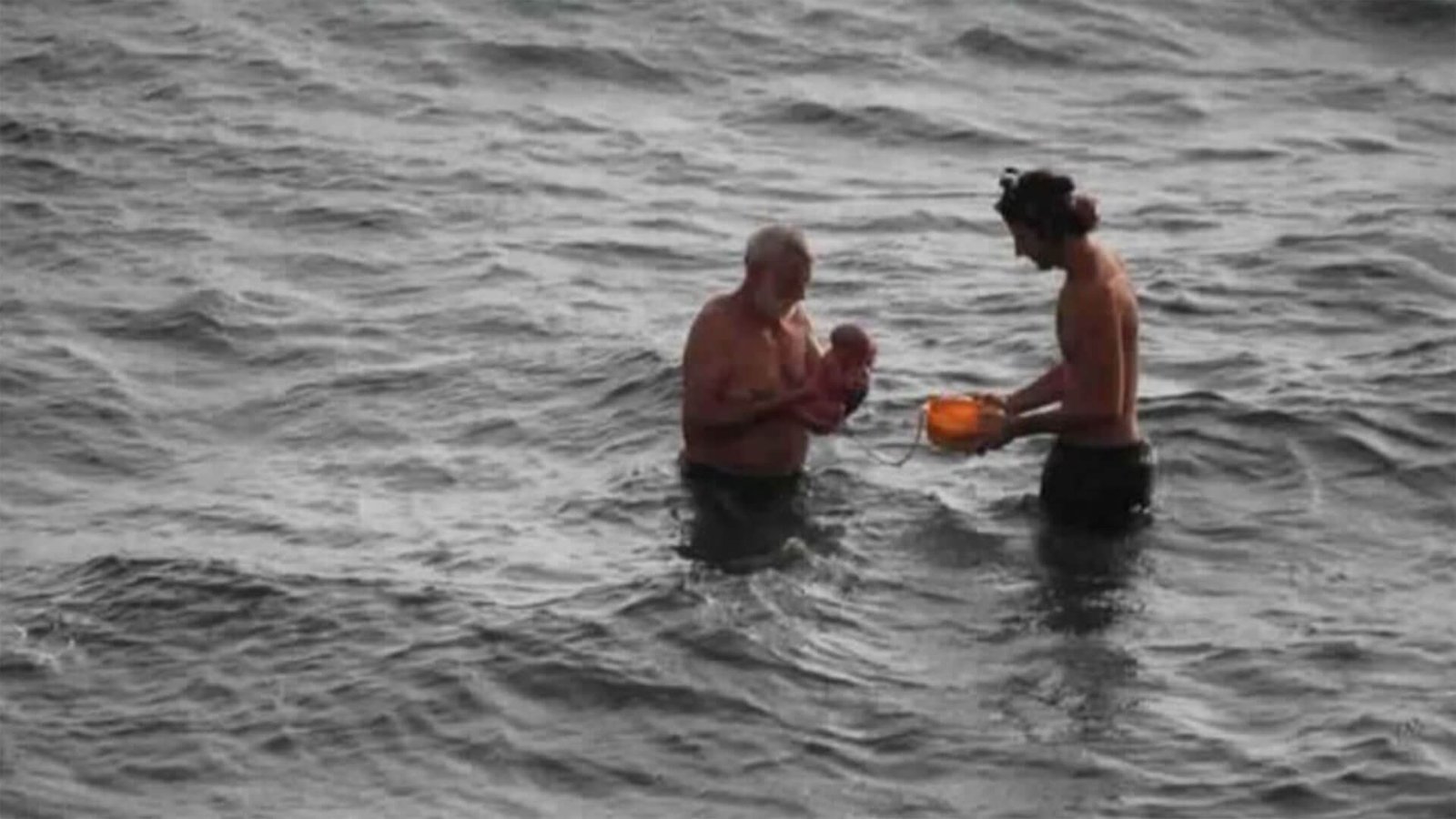 A Russian tourist gave birth in Dahab’s Red Sea on March 10, 2018. Photos of the water birth have gone viral on social media.

Social media users were shocked by photos circulating of a young woman lying on the Red Sea beach while giving birth to her baby with the help of a specialist doctor and her husband.

This charming moment was captured by Hadia Hosny El Said’s uncle from their balcony in Dahab.

Hadia said that the lady performed birth exercises in the sea and then gave birth. After giving birth, Hadia recalls that the women walked out of the sea as if nothing had happened.

Water birth is type of birth known to help in reducing the pain of contractions during labor and leaving the woman more relaxed during childbirth. Additionally, the water creates a good environment for the baby, who enjoys the benefit of being born into an environment similar that which it had been in for the past nine months.

Russia’s direct air links with Egypt have been suspended since October 2015 after the fall of a Russian charter plane over the Sinai Peninsula, killing all 224 people on board.

Since the crash, Egypt has been implementing new, tighter security measures at all of its airports to meet the Russian demands necessary for the resumption of flights, with multiple visits from Russian security delegations to observe changes implemented by the government.

Russia’s Aeroflot announced that it will resume regular flights from Moscow to Cairo on April 11, TASS reported the air carrier as saying Tuesday.

The company began sales of tickets on Tuesday. On Monday, TASS reported that flights between Egypt and Russia are tentatively scheduled to begin in April.

A source close to talks between the two countries told the Russian news agency that Russian Sheremetyevo Airport and Aeroflot airline have signed a service agreement with EgyptAir, the flag carrier airline of Egypt, on providing security services at Cairo Airport.